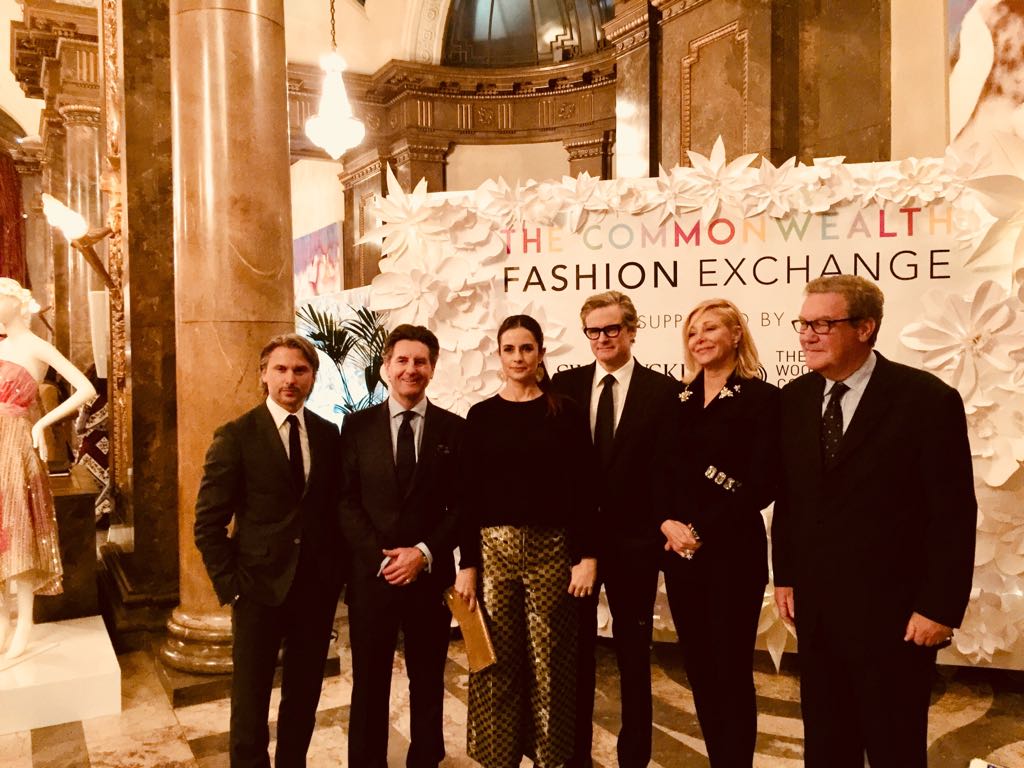 For the first time, The Commonwealth comes together to showcase a wealth of design and artisan fashion talent across its 53 countries. Selected design talent includes major names such as Karen Walker representing New Zealand, Bibi Russell representing Bangladesh and Burberry and Stella McCartney representing the UK.

Participating designers and artisans will collectively represent all 53 commonwealth member countries in a major new initiative ahead of the Commonwealth Heads of Government Meeting in London this April.  The ‘looks’ created through the Fashion Exchange were showcased at a special reception at Buckingham Palace during London Fashion Week in February.

The Commonwealth Fashion Exchange is an ambitious project with long term aims, that is being developed in partnership with Swarovski, The Woolmark Company and MATCHESFASHION.COM, who will launch an edited collection in September this year.