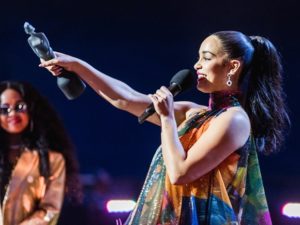 The UK equivalent of the Grammys, the BRITs is a pop music award ceremony held every year. The awards are famed for iconic performances, and controversial moments. BRITs Awards yesterday celebrated the achievements of British and international artists and musicians over the last year, live on ITV from The O2 Arena, London!
Jack Whitehall was back on hosting duties for the second year to present an exceptional night of entertainment for the 12,000 arena guests and the millions watching from home. A grand total of 13 awards – designed by acclaimed architect Sir David Adjaye – were handed out during the show. Presenters on the night included: Paloma Faith, Annie Mac, Suki Waterhouse, Khalid, Jared Leto, Liam Payne and Winnie Harlow.

END_OF_DOCUMENT_TOKEN_TO_BE_REPLACED 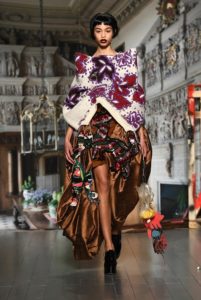 The London Fashion it’s a highly regarded event organised by the British Fashion Council and also gives the public an opportunity to celebrate fashion; it allows costumers direct access to designers, industry insiders and influencers.
During five days the fashion set has flooded the capital with shows and style inspiration.
As editors, influencers, models, stylists and buyers make their way from show to show – from renowned designers such Victoria Beckham with a take on modern femininity will no doubt please her customer base, who will easily be able to slide her mix of lipstick red dresses and coats into their existing wardrobes. Texture was also important to the designer for autumn/winter 2019 with a mix of wool and tweeds creeping onto the catwalk. The show was a full family affair and also saw Vogue editors, Anna Wintour and Edward Enninful, in attendance.

END_OF_DOCUMENT_TOKEN_TO_BE_REPLACED 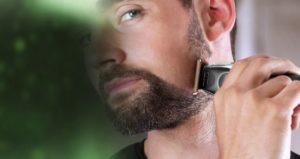 Since 1919, with the invention of the first practical electric hair clipper, Wahl Clipper Corporation has been the leader in the professional and home grooming category.  At WAHL, they are proud of their heritage of excellence as well as their remarkable list of ground-breaking innovations for the present and future for the global market. Trim, shave and edge with amazing new Aqua Blade closest cutting trimmer. Lifetime blade guarantee. Fully washable with 12 guide combs for versatile styling.

END_OF_DOCUMENT_TOKEN_TO_BE_REPLACED 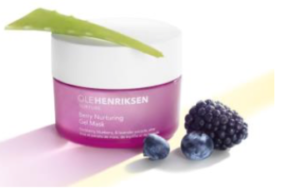 Ole Henriksen is the natural skin care brand that was introduced to the beauty market decades ago by skincare expert Ole Henriksen now is relaunching in UK with exiting new collections.
Created to help achieve a true mind/skin balance, this collection controls oil and refines pores without stripping the skin. Addressing two of the top five skincare concerns – oiliness and pores – Balance effectively addresses these topics and reduces shine, minimises pores and evens skin texture for a matte, healthier-looking complexion.
0le Henriksen created the Nurture Collection to intensely do just that – nurture even the most dry and sensitive of skin.