Wherever we are in the world, we face decisive environmental challenges. In 2021, conscious of its role and duties, the Festival de Cannes puts in place a series of measures aiming at implementing its presence and future in an essential movement of which the cultural events must be committed environmental campaigners. The Festival de Cannes  intends to start the third decade of the 21st century with an even greater commitment to environmental responsibility and action

Action through strong and unprecedented measures put in place for the 74th Festival which will take place from July 6-17 2021. END_OF_DOCUMENT_TOKEN_TO_BE_REPLACED 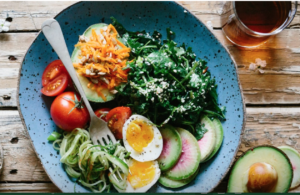 Studies representing nearly 2 million adults worldwide show that eating about five daily servings of fruits and vegetables, in which 2 are fruits and 3 are vegetables, is likely the optimal amount for a longer life, according to new research published today in the American Heart Association’s flagship journal Circulation. Diets rich in fruits and vegetables help reduce risk for numerous chronic health conditions that are leading causes of death, including cardiovascular disease and cancer. Yet, only about one in 10 adults eat enough fruits or vegetables, according to the U.S. Centers for Disease Control and Prevention. END_OF_DOCUMENT_TOKEN_TO_BE_REPLACED

The Marché du Film will take place as usual alongside the Festival in Cannes from 6 to 15 July 2021. Due to the unusually long delay between the EFM in Berlin and the Marché du Film in Cannes (6-15 July), many international sales agents have expressed the need for an intermediate event in the spring, which will allow them to do business and to network virtually, while awaiting the big rendez-vous in July when the film industry will meet up again in large numbers.

END_OF_DOCUMENT_TOKEN_TO_BE_REPLACED 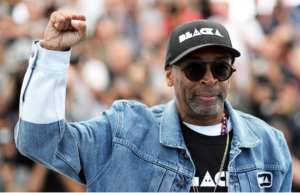 The Festival de Cannes is delighted to confirm that the American Spike Lee will be the President of the Jury of its 74th edition, which will be held this year from July 6 to 17, 2021. Loyal to his commitments, the American director promised to support the Festival on its return to the Croisette. Prevented last year due to the health crisis, the Festival de Cannes inaugurates this new decade with an outstanding President of the Jury, one of the greatest directors of his generation, as well as a screenwriter, actor, editor and producer. For 30 years, the tireless Spike Lee has been an astute chronicler of the questionnings of his time, with a resolutely contemporary approach that’s never without a dash of levity and entertainment. END_OF_DOCUMENT_TOKEN_TO_BE_REPLACED 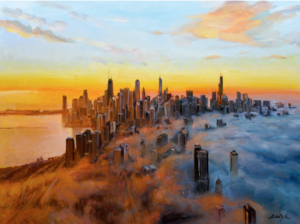 New original paintings by Bob Dylan now available to view by private appointment. These works are the latest addition to The Beaten Path series depicting a remarkable unfolding portrait of the American landscape through Dylan’s eyes.
“In some paintings, the brightness of reflected light was brought forth in evident brushstrokes. Sometimes sunlight hitting certain places would contrast deeply with areas of shadow” – Bob Dylan, Vanity Fair. A world-exclusive collection of rare, archival, limited edition portfolios by Bob Dylan featuring full and complete portfolios dating from as early as 2008 and including; The Drawn Blank Series, The Beaten Path, and the brand new release of Mondo Scripto from 2020 and The Asia Series from 2021, coinciding with the tour of Dylan’s first major museum retrospective, Retrospectrum, across Asia. END_OF_DOCUMENT_TOKEN_TO_BE_REPLACED 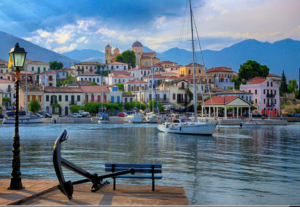 For a really restorative taste of Greek life, though, it’s worth swapping the limelight locations for places where mass tourism hasn’t obscured the essence of Greek culture: hospitality and a soulful way of life. These 10 stunning island and mainland destinations offer a more nourishing side of Greece. These are the sort of locations that made people fall in love with Greece in the first place, where the Arcadian idea of the good life, pondered by the ancients, is still alive and well. END_OF_DOCUMENT_TOKEN_TO_BE_REPLACED 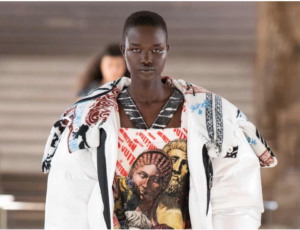 Catwalk setting for luxury brand is in intimate Michelangelo sculpture galleries. Paris fashion show will go down in fashion history not for a trend or a hemline, but for being the first to take place entirely without live audiences.

Louis Vuitton, which began as a luggage brand and is steeped in the glamour of jet-set travel, has a vested interest in the reopening of international borders. But the ban on audience did have a silver lining for Nicolas Ghesquière, who has the luxury of staging his catwalk in the Louvre each season, Louis Vuitton being one of the museum’s most generous donors.

END_OF_DOCUMENT_TOKEN_TO_BE_REPLACED 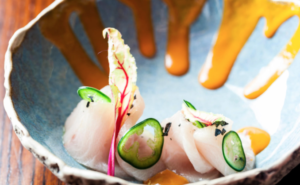 With Mother’s Day just around the corner, we wanted to share a few ways you can spoil the special lady in your life. Spoil your Samba Mama with our special Mother’s Day chef-curated tasting menu featuring Kanpachi Tiradito, Lobster Taquitos, Mushroom Tobanyaki and refreshing Sake Spritz cocktail!

Beginning Monday, April 12th, SUSHISAMBA outdoor terraces are back! Reservations are now open, choose from the historic charm of Covent Garden or the 360-degree city views atop of Heron Tower. END_OF_DOCUMENT_TOKEN_TO_BE_REPLACED 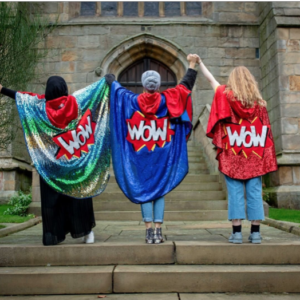 For #IWD2021 WOW are hosting a free programme of events released throughout the day on their YouTube (@WOWGlobal) and also Facebook page: (@womenoftheworldfestival), all celebrating and exploring female leadership across the world. They are also streaming events throughout the whole of March, looking at a range of topics – from gender equality in the tech industry to childcare, and there is even songwriting 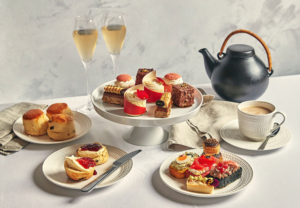 Valentine’s Day is just around the corner and The Savoy team has thought of lots of ways that you can keep the romance alive! The Savoy at Home service brings together delicious meals and treats, beautiful flowers and gifts.  Available for delivery within the M25 or for collection from the hotel we have an exquisite Valentine’s Afternoon Tea, which arrives in a beautiful Art Deco style box that is a replica of the hotel – a great memento.