Unforgettable Experience to get your friends and family together and see London light up for the new year, with parties, fireworks, cruises and more on New Year’s Eve in London. Take a look below for ideas of things to do: from the New Year fireworks and special New Year’s Eve day events, to dazzling meals and parties lasting into the early hours of 2020.
The New Year’s Eve Fireworks light up central London every New Year’s Eve with a dazzling spectacle of pyrotechnics.
NYE cruises with views of the fireworks:
• Choose a magical cruise on the Thames, where you can watch the NYE fireworks and enjoy live entertainment as you welcome 2020. END_OF_DOCUMENT_TOKEN_TO_BE_REPLACED 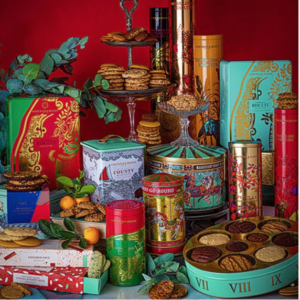 Fortnum’s has led the Christmas charge for 312 years, with excellence in food and drink at its heart. That special time of year – when hearts and bellies are at their fullest – is closer than you think. From jam-packed hampers and famous tea, to celebratory tipples and glorious gifts for her & for him – your very merriest #FortnumsChristmas starts today. Packed full of celebration, this season has been at the heart of Fortnum’s for more than 300 years. END_OF_DOCUMENT_TOKEN_TO_BE_REPLACED 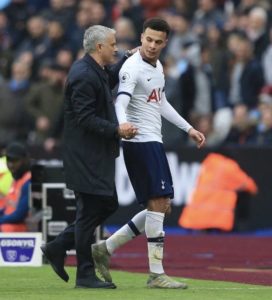 Having replaced Mauricio Pochettino on Wednesday last week as head coach of Tottenham Hotspur, Mourinho had an immediate impact with goals from Heung-Min Son, Lucas Moura, Harry Kane and especially Dele Ali. Jose Mourinho’s new found energy looked to have rubbed off on his Tottenham players, who had arguably looked lethargic in Pochettino’s final few games at the helm. Tottenham Hotspur FC had performed consistently well for Pochettino until the disappointment of losing the Champions League final at the end of last season. It has been downhill ever since that game kicked off, culminating in Pochettino’s dismissal. After struggling for form under Mauricio Pochettino, the arrival of Jose Mourinho has been a shot in the arm for the England midfielder Dele Alli. END_OF_DOCUMENT_TOKEN_TO_BE_REPLACED