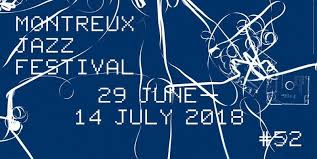 Montreux Jazz Festival is held annually in Switzerland in early July in Montreux on the Lake Geneva shoreline. It is the second largest annual jazz festival in the world after Canada’s Montreal International Jazz Festival. Originally a pure jazz festival, it opened up in the 1970s and today presents artists of nearly every imaginable music style. Jazz remains an important part of the festival. Australian alternative rocker Nick Cave, Hollywood star Johnny Depp and punk legend Iggy Pop are among the headliners at this year Festival.

Part of the festival’s expansion was due to coproduction by Quincy Jones who brought many international artists in the early 1990s. Today’s festival lasts about two weeks and attracts an audience of more than 200,000 people. The initiator and, until his tragic death in 2013, the head organizer, Claude Nobs managed to bring an array of artists to Montreux, both established ones and newcomers.