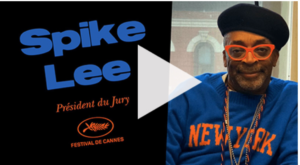 The next Festival de Cannes will take place from 12-23 May 2020. In order to achieve this level of longevity, the Festival de Cannes has remained faithful to its founding purpose: to draw attention to and raise the profile of films, with the aim of contributing towards the development of cinema, boosting the film industry worldwide and celebrating cinema at an international level. The American director Spike Lee is to serve as President of the Jury at the next Festival de Cannes. 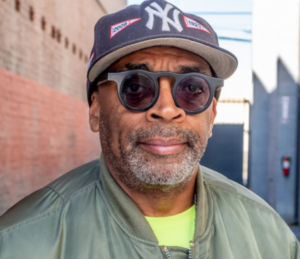 At 62, the filmmaker, who is also a screenwriter, actor, editor and producer, has made numerous films that have become cult objects, and he brought the questions and contentious issues of the times to contemporary cinema. But he’s never lost sight of the public, setting out to raise their awareness of his causes in film after film.
Surrounded by his Jury, which will be announced in mid-April, Spike Lee will award the Palme d’or at the close of the 73rd edition, which will take place from 12 to 23 May 2020. He’s the one raising his fist. It was he who paid tribute to Robert Mitchum with the words “love” and “hate” engraved on his rings when he made his remarkable entrance into the great hall of the Palais des Festivals in 2018.
“In this life I have lived,” he wrote in a long statement “my biggest blessings have been when they arrived unexpected, when they happened out of nowhere. When I got the call that I was offered the opportunity to be President of Cannes Jury for 2020, I was shocked, happy, surprised and proud all at the same time.
[…] To me the Cannes Film Festival (besides being the most important film festival in the world – no disrespect to anybody) has had a great impact on my film career. You could easily say Cannes changed the trajectory of who I became in world cinema!”