This year’s is  Viva Arte Viva, a show inspired by humanism! Long live the arts! ” was the motto chosen for the 2017 Venice Biennale by French curator Christine Macel. The celebration of culture is well-needed in these times.

The Biennale comprises a central exhibition, organized this year by Christine Macel, chief curator of the Pompidou Center in Paris; Â In the Venetian Arsenal and the Giardini area 85 national pavilions, which feature solo or thematic presentations.

Art can take us anywhere. The 57th Venice Biennale  transports you round the globe as never before, from Inuit whaling boats to Brazilian rainforests, from Korean barber shops to Iraqi minefields and Antiguan beaches. I believe I will ever get a better sense of Finland slightly shamefaced progressiveness than through Erkka Nissinen and 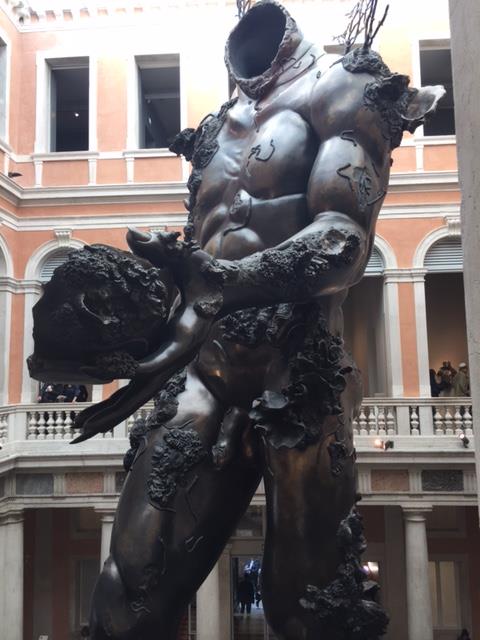 Nathaniel Mellors absurdist satire, featuring animatronic eggs; or nearer to Kosovo than the tragic bakelite phone that never rings in Sislej Xhaf Lost and Found booth, commemorating the disappeared. Spectacular as ever, Russia pavilion opens with a dramatic double-headed eagle rising out of a ghostly wheat field composed of a million tiny workers, and ends with bodies literally and metaphorically blocked in stone for the crime of hacking. Acute visions of Soviet past and Putin present.

Prizes are awarded to the best pavilion this year its Germany, which hosts a harrowing performance work by the young artist Anne Imhof  and to participants in the main show. The whole thing adds up to a kind of art-world Olympics. And museum exhibitions, pop-up shows, 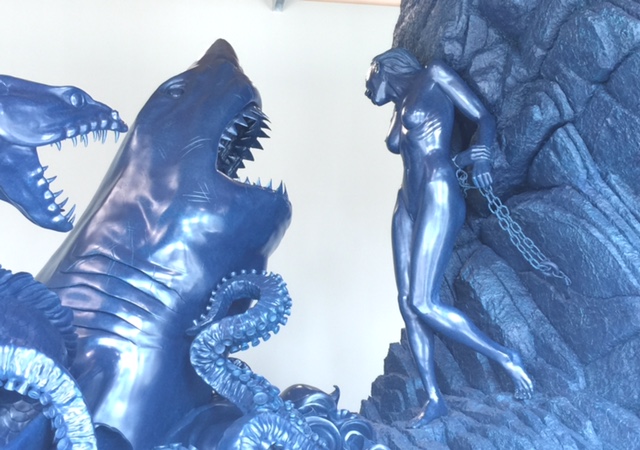 public sculptures and the occasional guerrilla performance make Venice the epicenter of contemporary art this spring.

Treasures from the Wreck of the Unbelievable in the Palazzo Grassi and the Punta della Dogana, is the most guarded art exhibitions of recent years and the first new exhibition of works by Damien Hirst since 2014 indifferently and the stakes couldn be higher for British art king.

During the festival town of Venice is full of unexpected sights. Works by artists from all over the world are installed in palazzos, churches and squares across the whole city. Most of these shows are free, and many are in places which would otherwise be closed to the public.