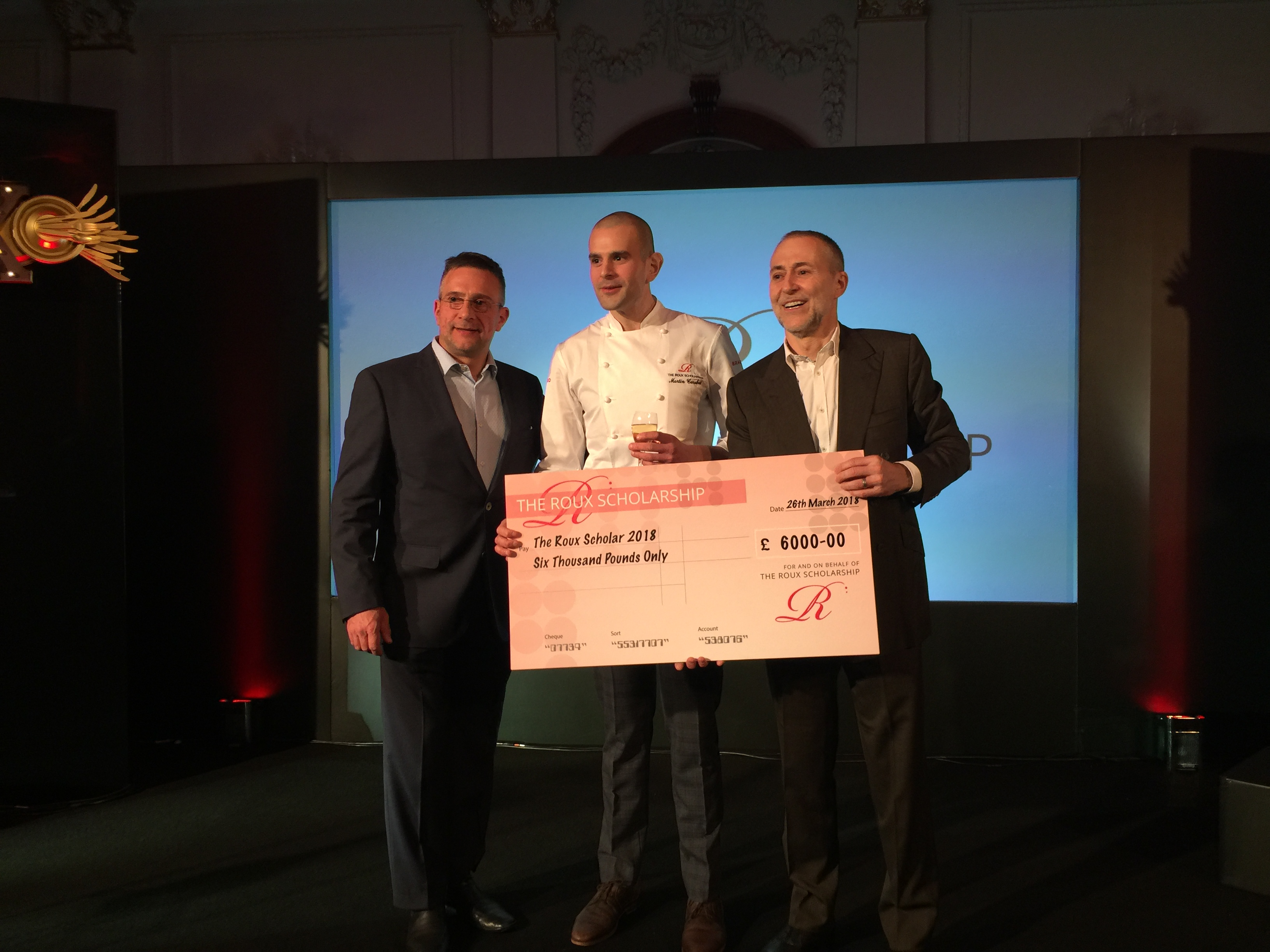 There was once a time when British chefs were considered inferior and incapable of ever comprehending true gastronomy. You’d think this was way back in the mists of time but you’d be wrong. Just a little over thirty years ago, Andrew Fairlie, the first winner of the Roux Scholarship, wrote to a number of senior French chefs asking for a job at their restaurants in France. Only one replied. The answer: ‘non merci.’

The reason for this was not rudeness or indifference but simply a matter of image. The idea of a British chef was somehow impossible to imagine even as a junior member of a team.

It is only when you understand this cultural background that you can appreciate just how radical the Roux Scholarship was when it first launched in 1984.

Now in its 35th year, the Scholarschip offers the winner a career-changing opportunity: a three-month stage at a three star Michelin restaurant anywhere in the world, in addition to many other fabulous prizes. But that’s just the beginning; the winner is then part of an elite club and on a fast track to the top of the profession. The Roux Scholarschip is the premier competition for young chefs in the UK and ranks amongst the most prestigious in the world.