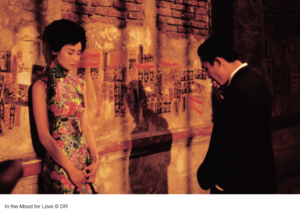 For the 17th consecutive year, here is the program of the classic cinema section of the Cannes Festival. Restored prints, celebrations and documentaries will be programmed.
Since the beginning of the 2000s, when we were still unaware that the relation of contemporary cinema to its own memory would be shaken up by the emerging appearance of digital technology, the Festival  de Cannes created Cannes Classics, a selection allowing to display the work of valorization of heritage cinema carried out by production companies, right-owners, cinematheques or national archives from around the world.

Now an an essential component of the Official Selection, in a dimension to the history of cinema from which many international festivals have got inspired from, Cannes Classics presents the masterpieces and rarities of the history of cinema in restored copies. Because the Festival de Cannes also provides itself with the means of achieving the mission of enchanting the relationship of today’s audience with the memory of cinema, Cannes Classics sets the prestige of the biggest festival in the world at the service of rediscovered cinema, accompanying all the new exploitations of great works from the past: theatrical releases, DVDs / Blu-rays, distribution on platforms or on VOD.
The program of Cannes Classics 2020 edition consists of twenty-five feature films and seven documentaries. Since the Festival de Cannes did not take place, Cannes Classics 2020 will be hosted, in whole or in part, by the festival Lumière in Lyon (October 10-18, 2020) and by the Rencontres Cinématographiques de Cannes (November, 23-26, 2020).

In the Mood for love by Wong Kar-wai twenty years after, À Bout de souffle and L’Avventura turn 60, great filmmakers (Wim Wenders, Federico Fellini, Bertrand Blier, Pier Paolo Pasolini, Glauber Rocha, Lino Brocka), Tilda Swinton’s first major role in a science fiction film, Muhammad Ali meets William Klein, rediscoveries from the Festival de Cannes ‘60, ‘68, ‘73 and ’81, the first color fiction of Chinese cinema, an unknown masterpiece from Sri Lanka, a Serbian comedy, the new wave of Russian cinema, from yesterday’s cinema to today’s world with the first film by Melvin Van Peebles and a stricking documentary on women from Brittany, a landmark film about Charlie Chaplin, an exceptional portrait of actor John Belushi, Bruce Lee revisited and a celebration to great Italian actress Alida Valli, here is Cannes Classics 2020.
In the Mood for Love (2000, 1h38, Hong Kong) by Wong Kar-wai
The 4k restoration of the film made from the original negative was lead by Criterion and L’Immagine Ritrovata under the supervision of Wong Kar-wai. In the Mood for Love, by Hong Kong director Wong Kar-wai, made its lead actor Tony Leung win the Male Interpretation Prize.
French theatrical distribution: The Jokers Films, date of release: December 2, 2020

Actress Tilda Switon in her first big screen role to pay tribute to film director and film theorist Peter Wollen. It will be the rediscovery of a rare work:
Friendship’s Death (1987, 1h12, United Kingdom) by Peter Wollen
Presented by the British Film Institute (BFI). The 4K remastering by the BFI National Archive was from the original Standard 16mm colour negative. The soundtrack was digitised directly from the original 35mm final mix magnetic master track. The remastering was undertaken in collaboration with the film’s producer, Rebecca O’Brien and cinematographer, Witold Stok.