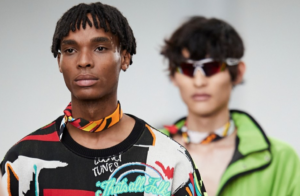 Taking place on 4th – 6th January 2020, LFWM dates fall so close to the New Year that, for this season, the BFC has taken the opportunity to shine a light on British talent through an international activation in Milan including a catwalk show, designer showrooms, digital installations and events. The British Fashion Council (BFC) is delighted to announce that at the 15th edition of London Fashion Week Men’s (LFWM) at the Truman Brewery hub, all shows within the BFC Show Space will be live streamed on the official London Fashion Week Instagram channel. 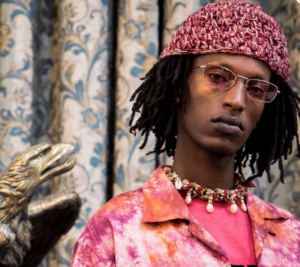 The LFWM #Discovery digital campaign this year will support the BFC’s mission to grow British designer’s international footprint, reaching global audiences and reinforcing LFWM as a global platform to engage trade and consumer audiences. The campaign will share exciting content from London in Milan through a digital installation at the LONDON show ROOMS, before moving on to Paris. This will be followed by Shanghai and Seoul, whose future activations will be announced in the coming months. In London this season, notably, WALES BONNER is back on the LFWM schedule with other show highlights which include Martine Rose, nominated in the British Designer of the Year Menswear & Urban Luxe categories at The Fashion Awards 2019, Charles Jeffrey LOVERBOY, BFC/Vogue Designer Fashion Fund Nominee and NEWGEN recipient, Bethany Williams, winner of British Emerging Talent Menswear at The Fashion Awards 2019 and shortlisted for the 2019 LVMH Prize, Edward Crutchley, winner of the 2019 International Woolmark Prize and shortlisted for BFC/GQ Designer Menswear Fund. NEWGEN recipients include ART SCHOOL, Nicholas Daley, paria /FARZANEH, Per Götesson &Stefan Cooke. Ahluwalia and Bianca Saunders will both host presentations in the DiscoveryLAB on Sunday. 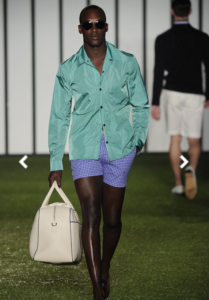 Showcasing the depth and breadth of LFWM collaborations around the city, Carhartt x APC and Nicholas Daley will both celebrate with evening events on Saturday the 4th. On Sunday the 5th, Bianca Saunders will host a party showcasing her AW20 “Videolight” collections, while wrapping up LFWM in style on Monday the 6th there will be a dinner hosted by Dylan Jones and British GQ together with Jack Guinness in association with Hackett.
For the first time the BFC is thrilled to be collaborating with Camera Nazionale della Moda Italiana (CNMI) for a special activation on 11th-13th January, during Milano Fashion Week Men’s (MFWM), that brings together young British creative talent with the best of Italian manufacturing in the hotbed of commerciality of Milan.
For more information:https://www.londonfashionweekmens.co.uk/Schedule