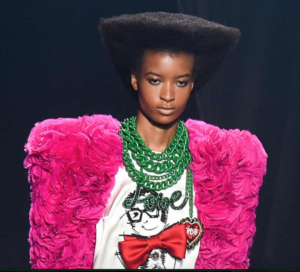 The fashion world mourn the loss of designer Alber Elbaz last April. Elbaz helped breathe new life to the house of Lanvin where he created clothes that celebrated women. He was a designer who loved women and never objectified them. His collections for Lanvin were a brilliant mix of the sensual and powerful, glamorous and for lack of a better word – wearable. There was romance to the dresses he spun from vibrant silks and tulle but there was also an edge with his deployment of unfinished edges and exposed zippers. His designs drew a battalion of fans from celebrities like Beyonce, Natalie Portman, Julianne Moore and Meryl Streep to everyday women who wanted clothes that enhanced their beauty.

Elbaz succumbed to Covid-19 not long after he launched a new label with Richemont (owners of Cartier) called AZ Factory. With his design team still in place, AZ Factory will continue to produce collections. And for its spring 2022, the AZ Factory show opened with a runway tribute to its founding creative director entitled Love Brings Love. Elbaz’s life and legacy was celebrated by his fellow designers, who each created a look that echoed the personality and the design aesthetic of Elbaz.

And so the tribute fashion creations came down the runway before the AZ Factory collection. Many featured codes that Elbaz used at Lanvin like hearts and ruffles and bias cut silk frocks. There was the purple dress with strategically placed hearts on the bodice from Alessandro Michele of Gucci. Viktor and Rolf showed a trench coat with the sides lined in an ombre-like assembly of hearts. Jean-Paul Gaultier’s deconstructed gothic corset dress featured what looked like bleeding hearts. And Maria Grazia Chiuri’s Dior gown featured hearts and illustrations reminiscent of Elbaz’s sketches.